Qual-Tron, Inc. (QTI) has teamed up with App-Techs to bring Milestone compatibility to their ground-based perimeter detection sensors.

QTI sensors are used by military, commercial and conservation organizations to monitor vehicle and foot traffic, detect perimeter breaches and trespassing, and protect natural resources from poachers and intruders.

BTX receives, filters, and transforms QTI sensor alerts and converts them into Milestone event and alarm records. With BTX, a tripped sensor in the field can be networked with your Milestone system to initiate a full range of safety responses in real-time. 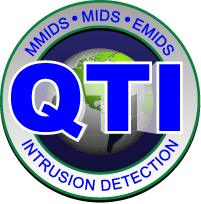 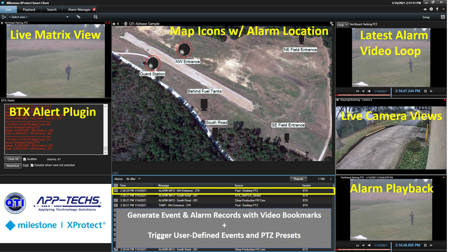 App-Techs' BTX (Bridge to XProtect) software listens for incoming events and alarms from ground sensors reporting to an MCBX receiver via a serial port connection to a field workstation.

BTX receives the incoming alarm, decodes it, and then transforms, filters, and classifies the data into Milestone-ready event and alarm records.

BTX associates the processed records with user-designated cameras and other third-party devices.

The data is forwarded to XProtect. 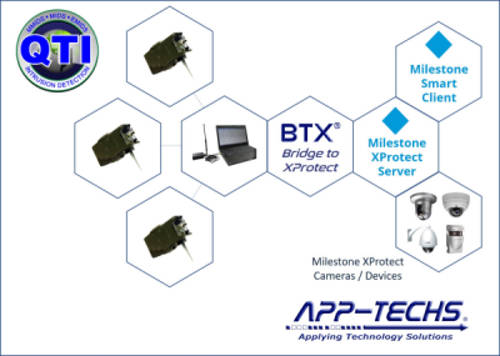